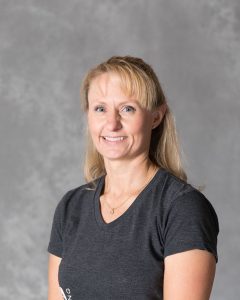 Danielle’s Story…
When I was a freshman in high school we were on a family vacation and my Dad had a heart attack. When we returned he had a triple bypass and no cardiac rehab… instead of a 6-week stay he checked himself out in 3 days. He left with a bunch of medicine and no thoughts of exercising. But that’s what my dad wanted.

From then until about 5 years before he passed away (about a 20 year span) he had a few other cardiac episodes – relatively minor in and of themselves… but put them all together in one body and you create a big health decline. There was diabetes, multiple stents put into his heart, staph infection and surgery to remove the infection, cardiac episodes… all which put him in and out of the hospital at different times. Still leaving with more meds and no exercise.

In the mean time I started college and thought I would go into accounting so I could work for the family business. I lasted 3 days into my junior year before I just knew I couldn’t become an accountant and instead picked up Athletic Training and eventually received a Master’s degree in Exercise Physiology specializing in Cardiac Rehabilitation… oh, the irony!

Then time moved on again. I could get my dad to do some exercise here and there – especially when I made him feel guilty. By the early 2000’s he had TIA’s, additional stents, another heart attack and subsequent catheterization, difficulties with his diabetes, congestive heart failure, a defibrillator inserted, and MRSA of his lower trunk… which they induced a coma for 4 days and he was in a rehab facility for 5 weeks.

After that we planned a trip to Disney with my husband, kids and my mom and dad. Dad prepped by training with me, and his goal was to be able to walk for at least part of the time in Disney. By the time we left he could walk 10 minutes at 2.0 mph and that was an enormous accomplishment.

He was with us for about 2 ½ more years with the last few months being the most torturous for all of us as his kidneys began shutting down, he had complications with his diabetes, he was on over 18 medications for years on end leading to liver damage and dementia, and overall every aspect of his body was just giving up.

And here I am with all this knowledge… the ability to help anyone with cardiac issues and I can’t help my own father. When he was still alive and doing relatively well, and I was finishing college and decided to start my own business, I knew then that I had to do something to help not just the person dying slowly of cardiac disease, but those people who don’t even KNOW that we are saving them, and the families of those people so they don’t have to go through 25 years like we did. And I LOVE business… I think it’s interesting and exciting and the only way to really change the world.

All work has parts we don’t like: I don’t like shuffling papers and I don’t like firing someone. But I find what I do to be so meaningful that I don’t mind some of the parts I don’t like. And that is why I am so thankful for my business, my job, my clients & my life.

“For the past few months I have been working with Shelley Miller as my trainer. I see improvement every day. Thanks to Shelley’s knowledge and constant encouragement; I am seeing my fitness goals within reach. Shelley is truly a wonder. Within such a sweet personality is a drill sergeant at heart. She won’t let you quit on yourself. It goes without saying, Intelligent Fitness is my gym.” ~B.C.